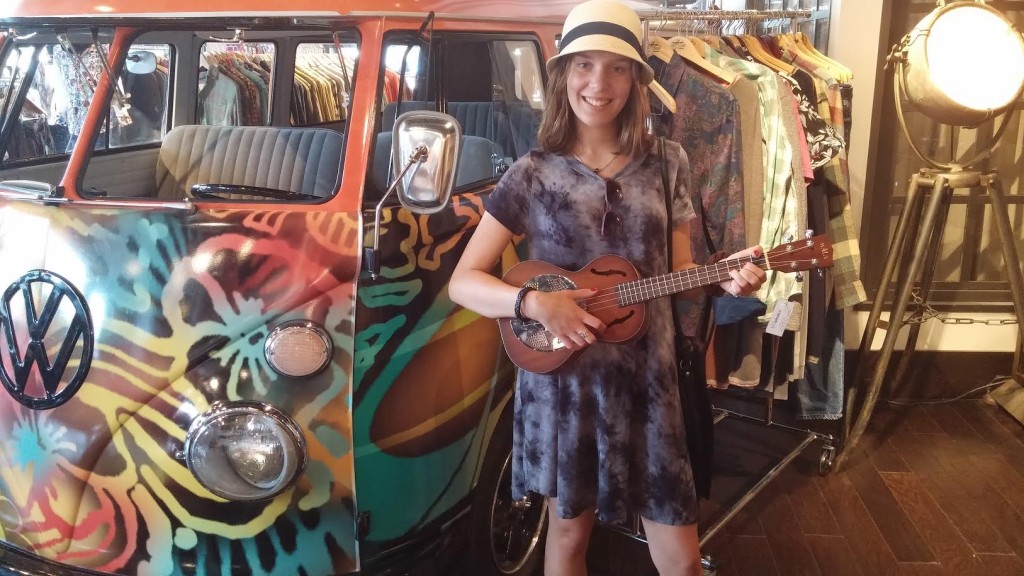 When we moved out here to Stanstead, the century-old house we moved into held the unlikely key to a treasure. It came in the form of a broken-down third-rate department-store guitar with five intact strings and a slightly warped neck.

Sophie, our eleven-year-old daughter, adopted the guitar as her own. A family friend added a sixth string and tuned it by ear.

And Sophie took her guitar to her bedroom and taught herself how to play. She used her iPod to download how-to videos from the internet.

Sophie loved the music of Taylor Swift. So she armed herself with chord charts and lyric sheets. And she practiced ceaselessly.

And slowly the sounds became songs.

She entered the town’s talent show with a friend and together they captured second prize after singing a beautiful version of ‘Our Song.’ They went back the next year and won first prize with ‘Mean.’

Almost two years after she first picked up that old guitar Sophie and I made our pilgrimage to Steve’s Music in Montreal where she chose a Big Baby Taylor.

And then she went back up to her room with her new guitar and practiced every evening. We must have heard ‘Love Story’ and ‘Red’ a hundred times.

She sang ‘Teardrops On My Guitar’ in her first appearance at her high school followed by ‘Last Christmas’ and ‘Santa Baby’ at the holiday show.

Sophie sang ‘Love Story’ at her grandparents’ 50th wedding anniversary celebration in a restaurant at Smuggler’s Notch, Vermont. It was an amazing few minutes and when she was done even the folks at other tables applauded loudly.

We were primed for the release of ‘1989’ long before the latest Taylor Swift album was released. Almost immediately, Sophie was working her way through the new songs – capturing their essence while singing and playing guitar.

And now, six years since we moved into this old house, seventeen-year-old Sophie has harnessed her dedication and passion – and having successfully auditioned last Spring – is now studying Pop Voice in the Music program at Vanier College in Montreal.

I count myself among the legion of loyal Taylor Swift fans. For good reason.

In my case, I give thanks for Ms. Swift’s ability to help Sophie find her voice – and for providing continual inspiration to keep making sweet sounds with her guitar.

PS: Big Medicine is my nod of respect to a First Nations expression that, roughly translated, means the right people working together at the right time will be Big Medicine. I’ve been saying ‘Be well. Practice big medicine’ for as long as I can remember. It is my own very personal version of ‘Sawu Bona’, the Zulu greeting which means ‘I see you’… I see all of you, I see your good works, I see the difference you are making in the world.